Brooke Lynn Hytes: Next Leg of the Race 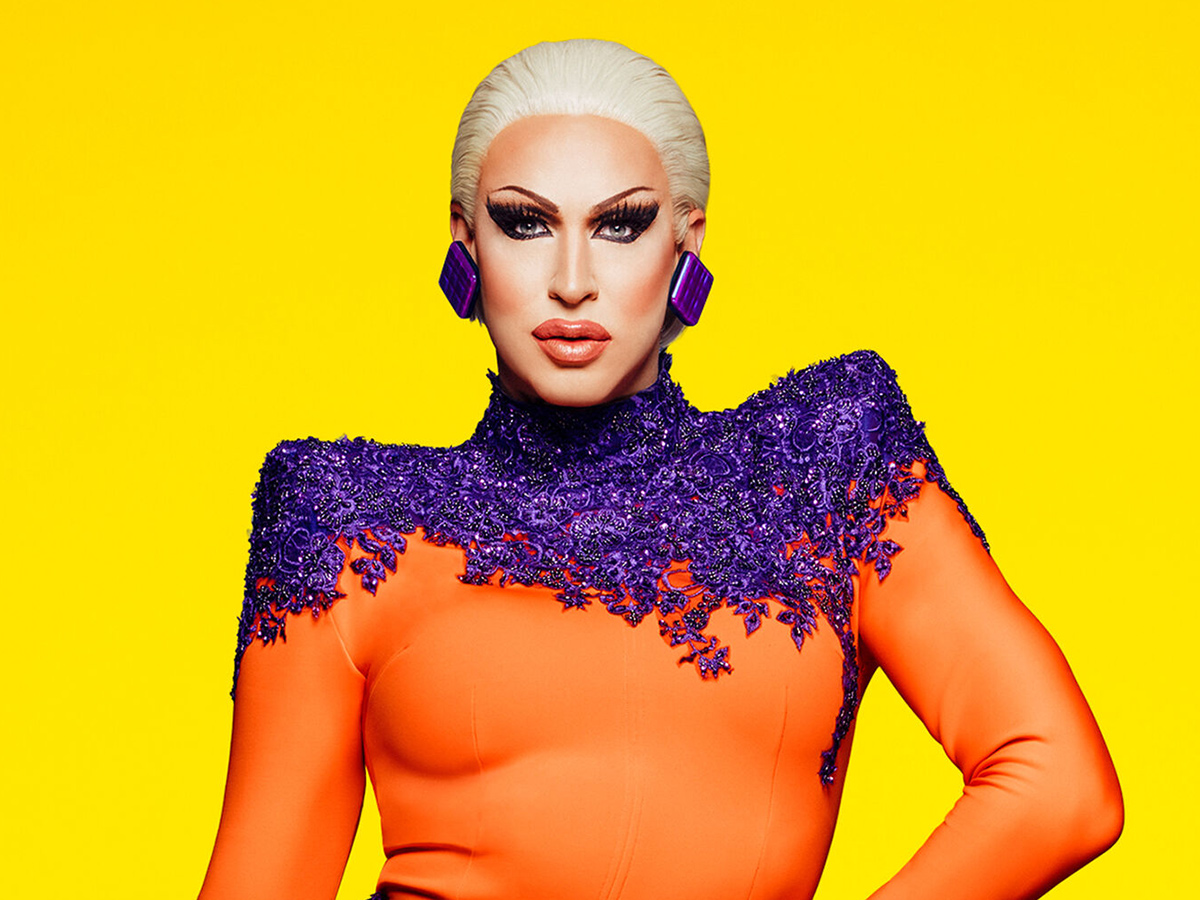 One of the world’s most popular reality TV shows, RuPaul’s Drag Race is a cultural phenomenon that has turned many of its competing drag queens into global stars.

The program’s eleventh season aired earlier this year and garnered a remarkable 14 Emmy Award nominations. Season 11 featured the show’s first Canadian competitor, Toronto-born Brooke Lynn Hytes. The news of a Canadian drag queen being spotlighted on Drag Race was reported by mainstream media outlets across the country and Canada’s official Twitter account – which is operated by the federal government – even tweeted about it saying “Canada is behind you as strut your way towards becoming one fierce superstar!” Sticking true to her Canadian routes, Hytes made her first Drag Race entrance dressed in a bedazzled Red Serge Mountie uniform. The “Queen of the North” went on to have a great run on the program finishing in second place.

Hytes chatted with us for Go Magazine about standing out from the pack, refining her brand, acceptance and how Drag Race has boosted her career.

Since you were announced as a competitor on RuPaul’s Drag Race, your schedule has been absolutely packed. Has it been challenging keeping up with the heavy workload?

When this all started, I told my agent, “Listen, I want to work as much as possible. So just push me, push me, push me because I have no idea how long it’s going to last. I’m going to ride this for all it’s worth.”

I love the insanity of it all, but some days it’s exhausting. I want to take full advantage of this opportunity. I’ve talked to several different Drag Race girls about this and everybody’s the same, we’re scared to stop working because we feel it’s all just going to go away.

You started your career training with the National Ballet School of Canada before moving to South Africa to perform with the Cape Town City Ballet. Why did you choose to move away from ballet?

Ballet is extremely hard on your body and that was especially the case with the last ballet company I was with. We were a touring ballet company and were on the road about 10 months of the year. So, it was plane, dance, plane, dance and the toll that takes on your body, especially when you’re dancing proper ballet, is a lot. We were usually dancing on floors that were concert stages, not sprung floors that were meant for dance. And I was sore, burnt out and just wanted to do something different. I’ve always loved women’s clothes and being dressed as a woman, so I was like, “I wonder if I can make a living as a drag queen?” Apparently, I could.

What lessons from ballet have you been able to apply to your career as a drag queen?

Do you think that Drag Race has brought drag into the mainstream and helped create more open-mindedness, empathy and acceptance?

I think it has definitely opened a lot of people’s eyes and started a lot of conversations about what gender is and about acceptance in general. Acceptance for people who are different than you, who might not live the same life as you do. I think what Drag Race does, which is so great for the mainstream community, is it humanizes drag queens. A lot of times I think people just see a drag queen at a club as a scary person they don’t want to go talk to. They don’t see them as actual people with lives and stories. And I think that’s what Drag Race does so beautifully, is it gives the backstory to these people and these characters and you see them in and out of drag. You see their triumphs, their struggles and their heartbreaks.

Although Drag Race is a competition, it seems like the drag community is about support, empowerment and confidence building. Do you feel your success has been the result of mainly your own efforts or has it resulted from the work of a much larger support system?

I would say a combination of the two. I’ve had help along the way, but the work itself has all come from me. I’m the one who earned myself a call up for the show. It was my ambition. It was my dream and I found a way to make it happen for myself. That being said, I definitely had people there along the way who helped me, supported me, lifted me up and gave me advice and a shoulder to cry on. But the hard work, the grunt work was me.

For any kind of entertainer, it’s important to build your personal brand. Drag Race has given you a huge boost. How are you working to continue strengthening your brand?

I think I’m still refining my brand right now. I still honestly don’t really know exactly who I am and I’m very up front about that. I don’t like conforming to a certain idea of what I am like. My fashion changes, my style changes and what I like changes. So, I think my brand is fluid but with each passing month and year, I get a little bit more of a refined taste of what I really like and what my brand really is and what I’m all about. I mean, my brand has always been a dancer first and foremost. I’m a ballerina, showgirl and ‘90s supermodel kind of all put into one.

You have a strong presence on social media and a lot of followers. What’s your approach when it comes to building content?

The minute we were announced on the show, all of our social media just exploded. We were at the announcement in New York and then we went back to the dressing room and everyone was on their phones just refreshing their Instagram and watching them go up by the thousands. It was crazy. I think before the announcement I had 34,000 followers on Instagram and by the end of that day I had like 70,000. It’s continued to climb and I’m almost at a million now, which I can’t believe. Being on the show definitely gives you a huge platform and a huge boost. I think with that comes a responsibility to put out better content, nicer pictures and more refined things. It’s another way to continue to upgrade yourself.

What advice do you share with entertainers – or with people in any kind of occupation – that are looking for ways to push forward in their own career?

Nowadays there are so many drag queens. Thanks to RuPaul’s Drag Race, there are so many people that feel comfortable trying it and want to do it – and that’s great. But because of that, there’s a lot more competition and there’s so much of everyone doing the same thing. I feel like people just latch onto a trend and there’s not really much of an individual aspect to it. So, I think if you’re really looking to standout in your career, you need to find out who you are. It’s okay to be inspired by other people and to draw inspiration, but you need to take that and then hone it in a certain way that makes it different from them and makes it very uniquely you. That’s what will put you apart from everyone else.

A new Canadian version of Drag Race will be launching soon. Is focusing on what makes you unique something you’d recommend to Canadian competitors auditioning for the show?

Yes, the number one thing is you need to be yourself. “Be yourself; everyone else is already taken,” is such a simple idea – but it’s true. Because that’s who people are going to fall in love with. If you put on a character, the audience will know and they’re not going to like you. You cannot edit yourself or try to make yourself a certain way. You just have to be 100% yourself because that’s where the magic comes from. That’s genuine and what people want to see. That’s where the candid TV gold comes from.

Drag can be incredibly expensive. Do you have any kind of special insurance for wigs, clothing or anything else that you use for your job?

No, but I wish I did. I don’t have any drag insurance. I don’t even know if that exists. Actually, I don’t have any kind of insurance policy whatsoever. I’m flying by the seat of my pants over here. But I think I should insure myself. I’m a national treasure.

You really are. You’re the “Queen of the North”!

That’s it, I’m going to insure myself. It’s happening.

You can learn more about Brooke Lynn Hytes on her website here.