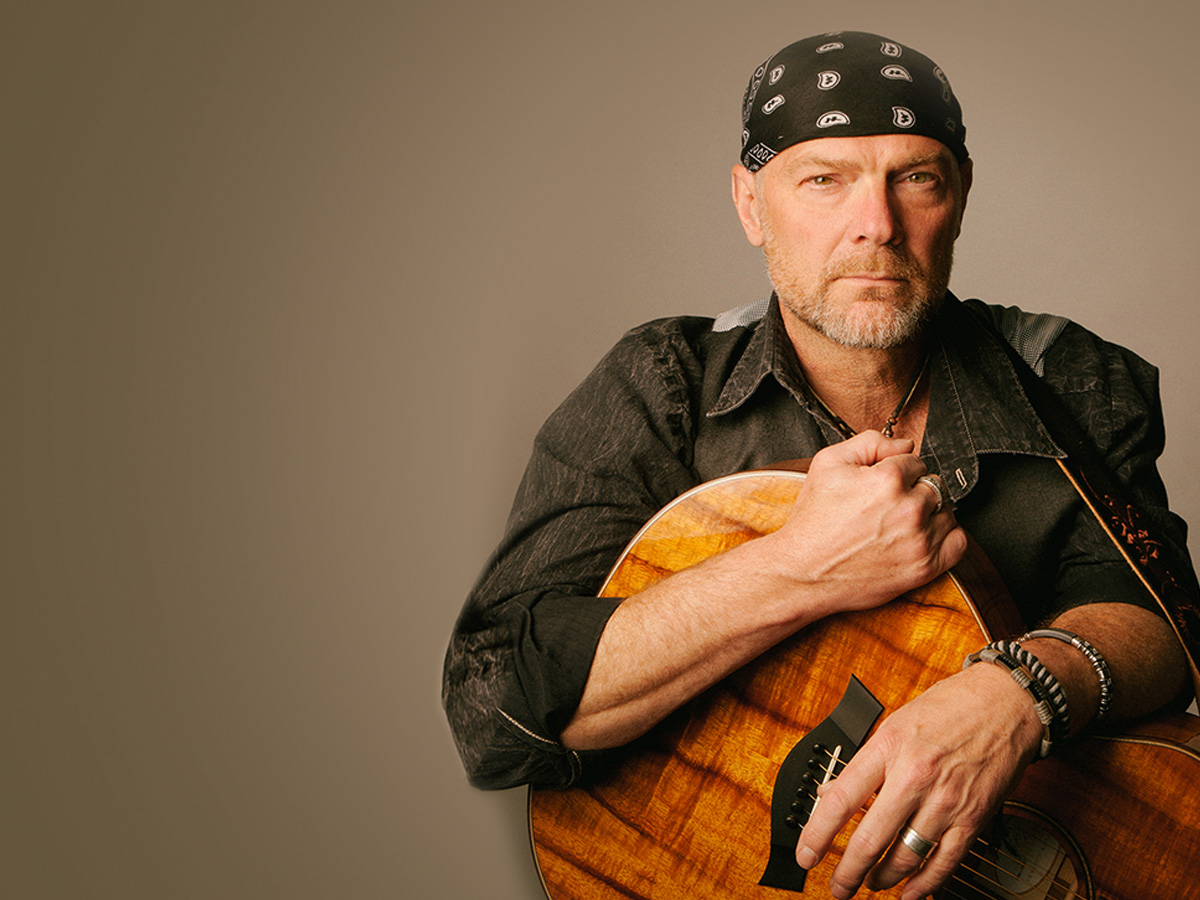 While his schedule would cause great stress to some, for Stroud, wanting to try his hand at different things comes naturally.

“It’s living, isn’t it?” he says on the phone while traveling between tour stops with his band. “To me, living is progressing. Living is learning. Moving forward and doing something new not only means you’re living effectively, but you’re also staying alive. I believe it resonates with you physically so that you stay younger and you stay vibrant.

Branching out and trying something different can be challenging and takes a lot of effort and planning. Insecurities can often creep in too, even for an adventurous person like Stroud. Does he ever worry before taking his career in a new direction?

“Yes, [I’m] riddled with doubts,” he shares. “But again, for me, it’s about moving forward. Do I make some mistakes? Absolutely. I’m just cautious enough that I don’t jump in the water head first and hit a rock.”

When starting new projects, the payoff and recognition aren’t always immediate. Things take time to develop and grow. Stroud has written or co-written music for all his film projects and has been releasing records since 2006. Despite all he’s done with music, he still gets labelled primarily as Survivorman. But that hasn’t stopped him from continuing to fine tune his craft and build his brand with music lovers.

“The battle for me musically is getting people to understand that when I’m onstage, I’m this other thing,” he explains. “That confuses people right now. It’s getting better all the time, though. I’m getting people now coming to shows and saying something like, ‘You know, I’ve actually never seen your TV show. I just heard your music and I wanted to come and see you.’ No pun intended, but that’s music to my ears.”

Last year, Stroud put out his fifth album, Bittern Lake. It focuses on the need for environmental preservation – something he has witnessed firsthand as a survivalist. Bittern Lake saw Stroud working with an acclaimed cast of musicians and renowned producer Mike Clink (Guns N’ Roses, Metallica). No matter your occupation, surrounding yourself with people who push and motivate you to elevate your game is a good recipe for success.

“The challenge for me is to remain confident in a room filled with people who are all more talented than I am. That’s tricky. It’s equal part bravado and fear and courage and insecurity. It’s all dished out in equal parts. You’ve got to be able to say, ‘I deserve to be here. Just do it.’ And if someone doesn’t like a verse or another part of a song, then let’s work to make it better.”

Stroud’s experiences on stages and in the wild have taught him the importance of having a backup plan and being able to improvise when the need arises.

“Me and my bandmates were just talking during this ride about being onstage and the art of contingency plans,” he says. “When the guitar player’s amp blows up or the sound goes out – what do you do? How do you improvise in that moment?

“Survival’s no different. I’ve been forced into it in a place like Norway, where I became hypothermic because I found myself trying to get down a mountain that I couldn’t get down. I was soaked to the skin with sweat and freezing rain. I had thought, ‘What could go wrong? I am Survivorman.’ A lot went wrong. That was a moment when improvisation had to save me to get me out of that.”

Wondering how he got himself out of that situation? He kept moving forward.

“The improvisation was that I went down that hillside, a mile or two, on my butt being hypothermic and trying not to freeze to death. That’s one of the most difficult things I’ve done in my life.”

While his Survivorman series has entertained and educated millions of viewers, Stroud says that the program has created issues when it comes to finding life insurance.

“They won’t insure me,” he laughs. “I tried to get insurance several times years ago. They said no after watching my TV show. I tried to tell them, ‘Look, you have to understand that the stuff I’m showing on TV, I’m very highly skilled at. If you’re driving on the 401, you’re taking way more risk than I ever take being Survivorman.’ They wouldn’t believe me. I’m apparently uninsurable. It cracks me up. The reason I’m not stung by bees, bitten by snakes and found dead in the jungle is because I am hyper-safe. I know my skills, but I can’t be insured.”

Learn more about Les Stroud on his official website here.