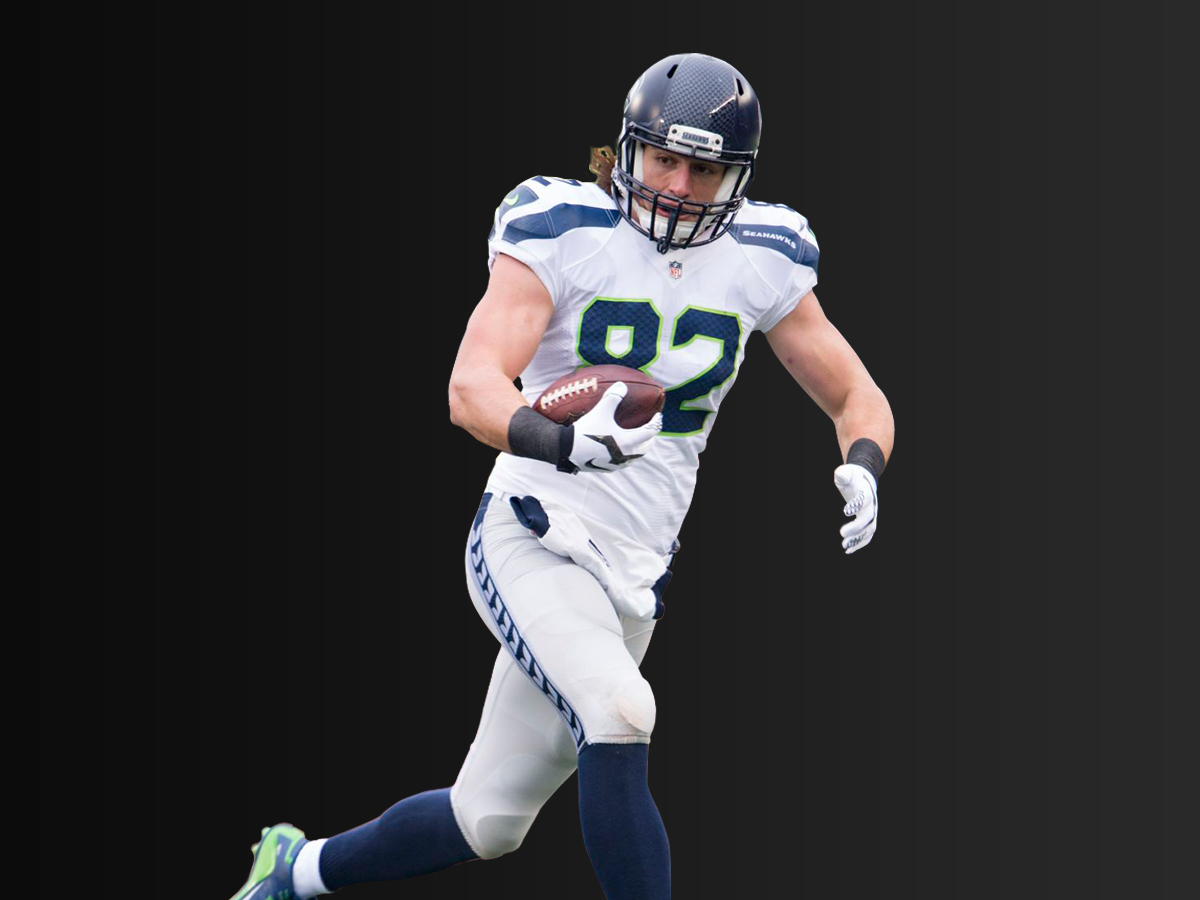 During his time in the NFL, Canadian tight end Luke Willson has learned the importance of being agile and mastered the ability to quickly pivot both on and off the field.

Earlier this year, after six seasons in the league and a Superbowl win, Willson found himself looking for work. He had signed a contract with the Oakland Raiders in the spring but was cut by the team in late August a mere six days before the start of the football season.

He spent the first part of September trying out for other franchises in hopes of earning a roster spot. The first three workouts with other teams had gone well, but none of them had netted him a contract. He was in an Uber on his way to the airport to go meet with yet another team when he got a call from his agent saying that the Seattle Seahawks – the club where he had spent his first five years in the NFL – were interested in bringing him back.

He told his agent he’d make sure to be the last person to board the plane, just in case the deal developed. Then, just as he was about to walk through the secured door his agent called to say that Seattle had offered a contract. Without missing a beat, he walked over two terminals and jumped on a plane to Seattle instead. Making a potentially career-changing decision with a moment’s notice, how’s that for a pivot?

During his first stint with the Seahawks, Willson made it to the playoffs four years in a row and went to the Superbowl twice, winning the championship in 2013 while still a rookie.

In 2018, he signed a one-year contract with the Detroit Lions where he experienced the first losing season of his career. Instead of focusing on the negative, Willson looked for ways to stay positive and to elevate and motivate himself and his teammates.

Regardless of what situation an athlete – or people in any career – finds themselves in, Willson believes you owe it to both yourself and the people you work with to continually push to get better.

“I think that as long as anyone is playing in this league, they should always be trying to improve and grow as a player,” he says. “If you’re not doing that, you are hurting yourself and your team.”

One way to ensure you’re always putting your best foot forward is to give all of your work the same level of attention and treat it with the same level of urgency. Every meeting or task deserves your full efforts and focus.

“There is no such thing as a game being bigger or more important than another,” Willson explains. “Approach each game and practice with the highest level of importance there is – then, it doesn’t matter who you’re playing against or where the game is. You constantly live in the environment that you’re entering.”

As dedicated as he is to making an impact on the field, Willson shows the same level of commitment when it comes to giving back to the community that has helped him get where he is today – something he’s done throughout his career through grants, camps, and other initiatives.

“I was given many opportunities when I was younger,” he says. “Football was one of those opportunities. It has taken me places I never thought I would be. It has also taught me many life lessons. I hope that I can help give someone else that opportunity one day.”

Looking to further branch out and take full advantage of the platform he’s been given, in recent  years Willson has also been testing the waters of entrepreneurism.

This past spring, he was part of the group that launched the Elite Training Systems athletic facility in his hometown of Windsor, Ontario. It’s a training centre developed for serious athletes and high-performance fitness. Shortly afterwards, he also participated in a special event with the facility called Rock Steady Boxing, a one-of-a-kind program designed to aid those suffering with Parkinson’s disease.

For Willson, Elite Training Systems is a chance to combine his budding entrepreneurial spirit with his community mindedness.

“I really felt there was a need for [this facility],” he explains. “In Canada, there are a lot of great athletes, but there is not the same amount of resources for youth athletes. A lot of young Canadian athletes that aspire to play at the next level will hopefully use this facility to help them prepare and develop.”