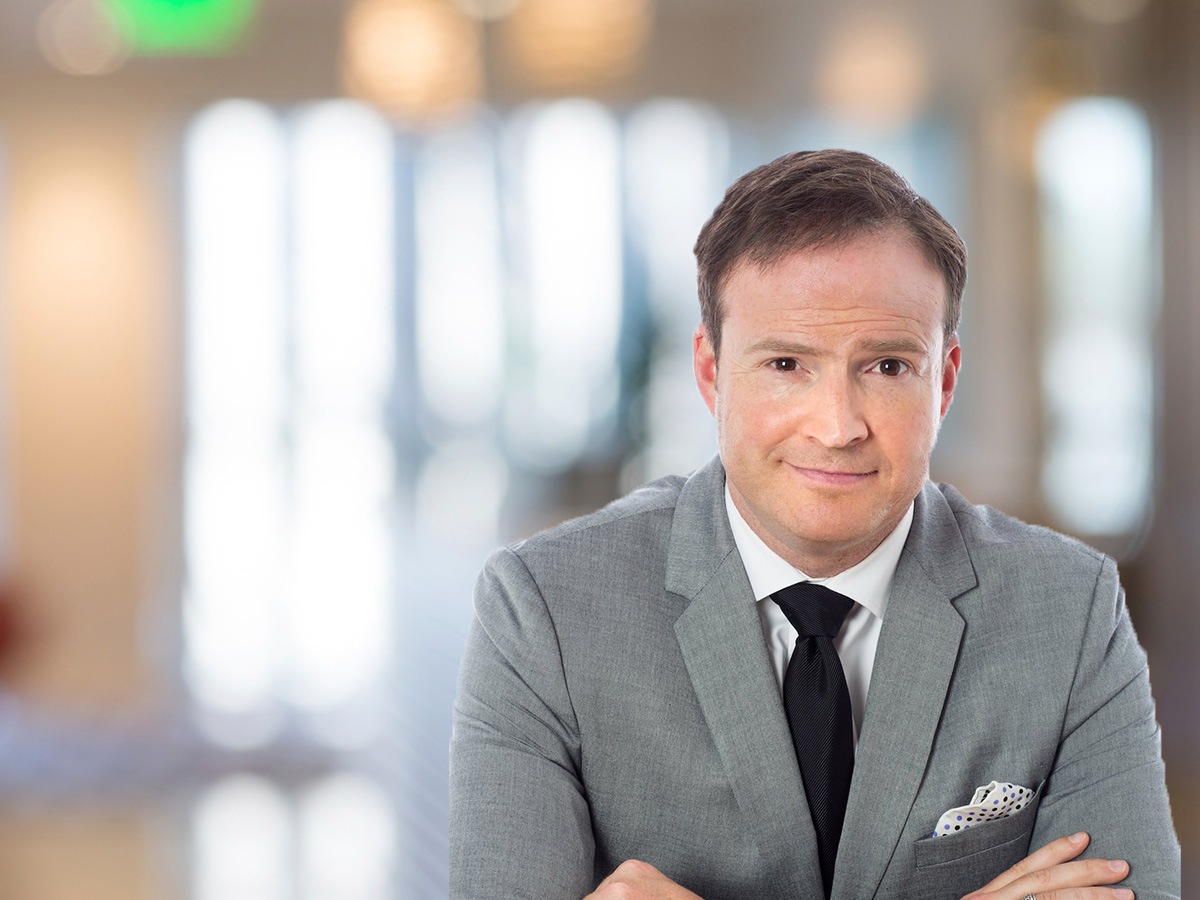 One of Canada’s top comedic talents, Steve Patterson is an award-winning comic best known as the long-running host of CBC Radio’s The Debaters.

While in school, Patterson began performing stand-up comedy at open mic nights. After graduating with a business degree from the University of Western Ontario, he began working as an advertising copywriter but soon discovered a typical office job wasn’t the right fit for him and his sense of humour.

“Working in advertising, I think there’s two levels of funny,” he says. “There’s advertising funny, and then there’s funny funny. I liked to write stuff that I thought was funny, and advertising people sometimes didn’t see it. I figured I would go do comedy for the sake of comedy and not to try to sell soap at the same time.”

In 1997, Patterson decided to try and make comedy his living. In January’s Go Magazine, Les Stroud talked about how having a contingency plan can be beneficial. For Patterson, the opposite proved to be true and instead it came down to finding a way to make it work. This meant doing whatever he could to reach new markets and experimenting with different approaches to see which ones brought the best results.

“I think you’ve got to really, really want to do it,” he says. “It’s weird advice, but I remember someone telling me, ‘Don’t give yourself a fallback plan.’ There are people that give themselves options, and that’s good, but there would be lots of times I would go on a tour to Ireland to do shows there and honestly not know if I would have enough money to get back. I think every comic has to do that. It’s a leap of faith that you’re going to work on what you do best, and hope that the money comes in.

“Coming from advertising, I had a bit of a background in how to promote shows. That helped. But basically, you’re just going out and trying. You have to hit every stage that you possibly can no matter where it is and hope that it’s going to lead to other things.”

Like many fields, keeping up-to-date on current trends is important in the entertainment industry. Being creative, innovative and willing to think outside the box are beneficial too in terms of bringing about change and achieving any sort of longevity as a comedian – and any other profession for that matter.

“You need to evolve and stay current,” says Patterson. “You have to keep trying new things, and not just what’s being offered. You have to adapt. If you wait around for someone to give you the green light, you’ll die with the red light, so you have to develop things yourself.”

Another way that Patterson has endeared himself to audiences over the years is by offering something unique each night he’s onstage. It’s easy to run on autopilot but changing things up keeps him motivated and also keeps him writing to customize things for different shows, creating a stronger impact for everyone. Whether it’s sharing local observations about the cities he visits or telling job-related jokes at corporate events, it always makes for a better overall performance.

“I think that if you’re going to come to a live show, it should have moments that are only for the audience that’s there that night,” he says. “I think we’ve all seen people do the jokes they’ve done a thousand times. Some people sell it really well, and others seem to be bored with their own show. I don’t want to get to that point, which is why I try to switch up every show at least a little bit.”

A natural onstage, after more than 20 years of touring across Canada and internationally in the United States, Ireland, England, the United Arab Emirates and Australia we had to ask – does he ever get nervous before live sets?

“There’s always still the butterflies,” he says. “Once you lose those it’s probably time to hang up the mic cord or whatever comedians have to hang up.”

Before wrapping up our chat, we spoke briefly about insurance and wanted to know if there was anything Patterson would like to see changed about the process of buying it. And while his suggestion isn’t the most viable, we like that it definitely falls into that outside-the-box thinking that we mentioned earlier.

“I’d like to just take a year maybe where you pay me premiums, and then we’ll switch it back the following year just to change things up a bit,” he says with a laugh. “We like our insurance guy. And everyone does need it, especially once you have kids. I find that some younger people with no kids don’t realize the importance of it until they get there.”

Find out more about Steve Patterson at his official website here. Gore Mutual is a proud sponsor of the 2019 Kitchener-Waterloo Comedy Festival. The event takes place from February 28 – March 2 and includes performances from top comedians including Patterson. Learn more about the event here.