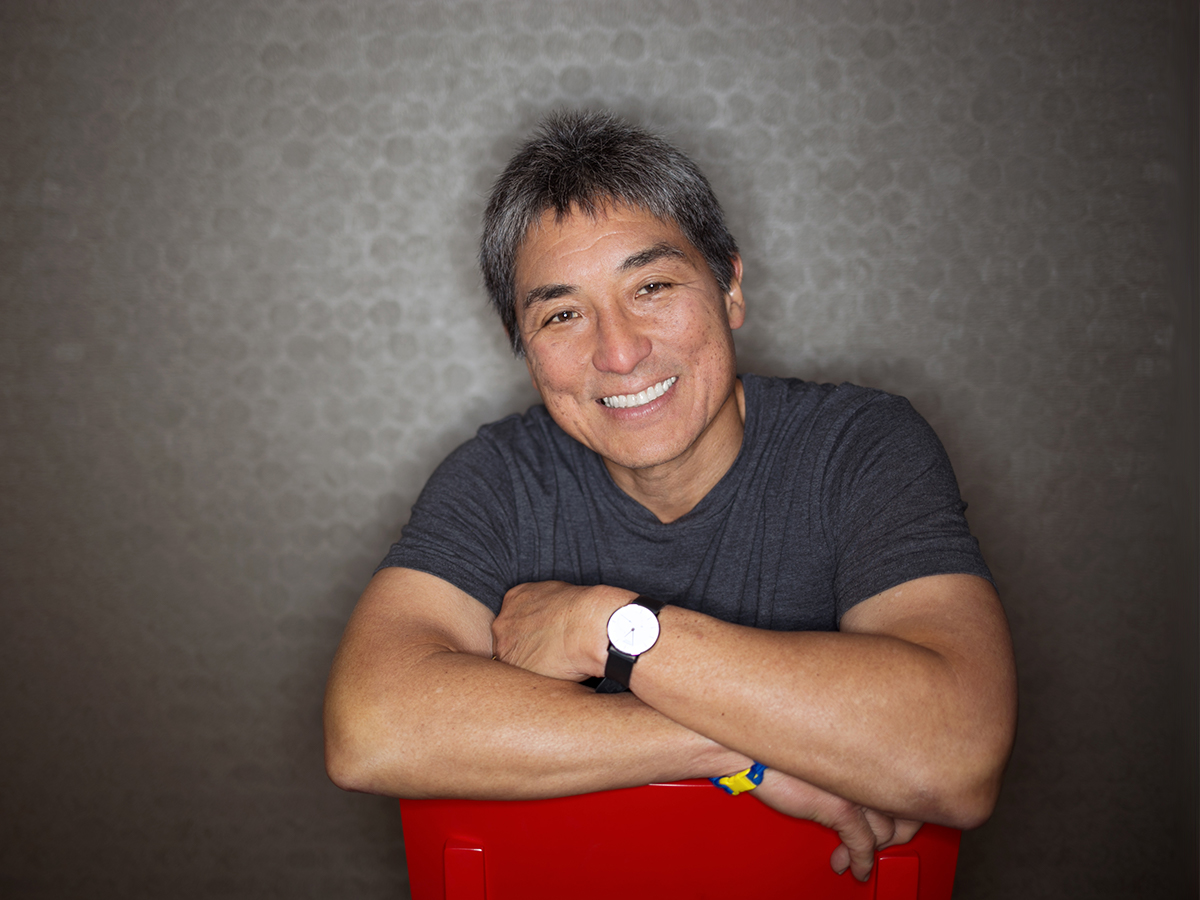 Canva Chief Evangelist Guy Kawasaki is one of the most influential people in marketing with over 10 million followers on social media. He’s the former Chief Evangelist of Apple and the author of The Art of the Start 2.0, The Art of Social Media, Enchantment and nine other books.

As the Chief Evangelist, Kawasaki’s role at Canva is to help the company find ardent early adopters of their graphic design tool who freely convince others to use it too.

While Kawasaki has an estimated net worth of $30 million and has appeared in most major business publications, a lot of people have still never heard of him. One of the key ingredients to his success is that he was among the first real social media influencers, using networks like Twitter to elevate his personal brand.

“When social media began, I was already 30 years into my career,” Kawasaki says. “As people started on social media, they were looking for who to follow. I was fortunate to be in the right place at the right time. If I was starting in social media today, getting a million followers would be much harder.”

From 2015 to 2016, Canva managed to grow from 1.5 million users to over 10 million users without spending a lot of investment capital. Having “Guy’s Golden Touch” no doubt helped.

“Canva is living proof that great products can rise to the top,” Kawasaki states. “It’s a great product because Canva employees obsess about making Canva the best tool for the rest of us to create graphics.

Despite the ubiquity of PhotoShop in the design world, Canva has found an audience and differentiated itself through simplicity and positioning itself as a design tool for non-designers. As Kawasaki points out, “Products have one main selling point. PhotoShop’s is power, it can do everything but at a high cost in terms of money and learning curve. Canva’s main selling point is ease, it can do everything most people need in a much easier and cheaper manner.”

When it comes to brand, Kawasaki cautions against focusing energy and resources to beat the competition. He instead recommends creating uplifting and positive attributes like social good and creating joy to build a brand. He also emphasizes the importance of creating one brand message but recognizes many companies struggle to find that singular message.

When asked how small companies with little to no marketing budget can work to build successful brands, Kawasaki has this to offer.

“The key to building a brand for any size company is a great product or service. That’s where it all begins, every time. It’s a good time for small companies because of social media which is fast, free and ubiquitous. But even social media is only an accelerant of reality. It doesn’t change reality.”

Given his history with Apple and products that focus on design, does Kawasaki believe that design could trump something like price when the product was less tangible like insurance?

“Everything, every product and service, has a design element to it.” Kawasaki says. “Insurance? Sure, the quality of the insurance company’s web site and app, if there is an app, all count. But design doesn’t ‘trump’ price. It’s a part of a product’s value proposition. It’s not separate from price.”

We couldn’t resist asking the Silicon Valley legend how he last purchased insurance, half expecting he would say online. But surprisingly that wasn’t the case.

“I purchased insurance through a broker. I’ve been with the same broker for several decades.”

Want to learn more about Guy Kawasaki and join his continually growing legion of social media followers? Check out his website here